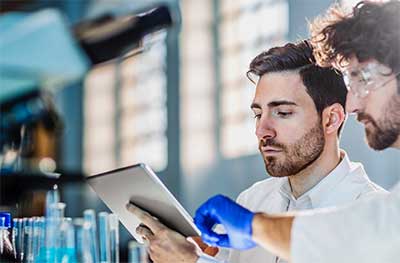 We previously introduced our Business Development team and now its time to find out more about the people behind our Ground Station & Satellite Operations. On orbit satellite operations and reliable data delivery are a vital part of our Space as a Service package, a complete end-to-end mission service that allows our customers to focus on their core business while we take care of the rest!

Now, let’s get into introducing the people behind the scenes….

Baptiste, tell us a bit about your career so far and how you ended up at AAC Space?

It has now been 4 years I came to beautiful Scotland, in quest of new adventures. I initially graduated from ELISA Aerospace engineering school, in France. When I started studying engineering, I didn’t know much about space. My first internship at Airbus D&S was eye-opening and I couldn’t stop being amazed at those van-sized satellites I could admire in the cleanroom! The passion for Space never left me since. I was hired in the first “new space” company in France as space systems engineer. I lived the bumpy but exciting life of start-up for nearly 6 years, involved in many different disciplines. The impossible project deadlines, key expert encounters and challenging work experiences sharpened my systems engineering mindset. At the end of this road, I decided to change my horizon and to discover another culture. I was then lucky to join the very international workforce of AAC Clyde Space, as satellite systems engineer. I discovered the kindness of the people of Glasgow, and the many gems of the Scottish countryside!

We would love to know more about your role at AAC Clyde Space?

When AAC Clyde Space started to develop its satellite operations services in late 2017, I transitioned from one lifecycle end (design) to the other (in-orbit operations). In 2018 I lead my newly formed team to commission our ground station. Later that year we operated Seahawk and Davinci on our own and have been learning ever since! Each new mission involves the following activities: ground segment design, operation phase preparation, in-orbit testing, in-orbit mission routine planning & maintenance, plus any regulatory aspects linked to space operations. I have the pleasure to lead a team of hand-picked engineers with multidisciplinary talents. We not only deliver each mission, but we also build and develop the satellite operations capability & processes for our Mission Operations Centre. We aim to streamline satellite operations activities and automate as much as possible to make satellite operations services sustainable. In the team, we never run out of challenges and we often have to work within critical timelines. That only makes success more rewarding!

What had been your favourite project so far?

My favourite project so far is Seahawk. I was involved in the design and test phases and since launch have the responsibility of its in-orbit life. It is also a pleasure to collaborate with NASA and the scientific team at UNCW. It is also the only satellite regularly providing stunning pictures of the Earth… Long life to Seahawk! 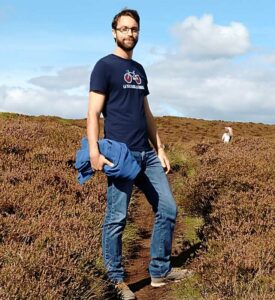 What has your career journey been like so far?

I am the Ground Station Engineer at AAC Clyde Space in Glasgow. I joined just over 2 years ago to help get the ground station working and spent a lot of time on the roof that first winter. I came from the south of England, so some things were a bit of a shock. I include the ‘four seasons in a day’ local weather feature! I have been working in the space industry since 1985 as a technician at Surrey University. We were working on some of the earliest ‘smallsats’ built for the radio amateur community. As well as working on the spacecraft I also modernised the ground station and control room for the University of Surrey SATellite (UoSAT) team, later becoming SSTL, where I first met Craig (Clyde Space founder) and Luis (AAC Clyde Space CEO). I spent the next ten years working for the largest UK satellite manufacturer. I was then in the AIT (Assembly, Integration and Test) team building and testing large payloads for satellite TV as well as other varieties of communications satellites. This work has taken me to many places in Europe and across the world. 9 months was spent in Holland at ESA testing Envisat – the largest ever European satellite at 8 tonnes launch weight! I later re-joined SSTL in the ground station team, installing their first 3.7m S-Band dish and a second VHF/UHF antenna, going on to install 2 more S-Band/VHF/UHF systems in Oran, Algeria and Beijing, China. After another stint at ESA testing many of the Galileo spacecraft, I am now with AAC Clyde Space.

What does your role at AAC Clyde Space entail?

I am involved with the smaller end of the satellite size spectrum now but still occasionally find myself up on the roof. I am responsible for keeping the ground segment working and in good shape. I am looking forward to performing a major service of the antenna system soon. Of course, we are also committed to keep our fleet of spacecraft running. I will have to juggle all those tasks to fit in each of the satellite’s several passes overhead every day. Recently I have been designing and building a complete ground station for the Mauritius Research and Innovation Council (MRIC). It comprises the main control rack, RF cables and equipment and a complete antenna system. It has been built to be mostly plug and play – tested as fully as possible in house. We will be shipping soon and installing in Mauritius. Well somebody has to do it!

How would you describe AAC Clyde Space?

To me AAC Clyde Space is a collection of smart, skilful and fun people. There is a family vibe going on in the workplace which makes working here enjoyable and rewarding. AAC Clyde Space is highly involved in the Scottish, UK and global space industry. I am looking forward to what the future brings. 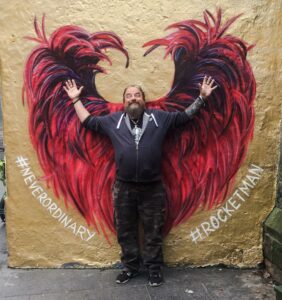 Steven, tell us what your role is at AAC Clyde space and a bit about the day-to-day tasks you carry out?

Ground Systems Architect – I am in charge of designing the Operations ground system. Our main goals are to increase automation and add features required by the operations contracts that we have won. The current capabilities in development are spacecraft contact scheduling, booking, activity planning and logging. The Glasgow ground station also falls within my domain; the current capabilities under development for that are contact booking, autonomous radio activation and target tracking.

What has been your favourite project you have worked on so far and why?

Orbcomm – The step up in capability required for us to operate this mission is incredibly ambitious, requiring the creation of multiple components that all need to interoperate in a robust and scalable manner. The development for Orbcomm starts us off on a very exciting path that will continue into PPP as we expand our capability from one or two spacecraft to constellations.

What are 3 words you would use to describe AAC Clyde Space? 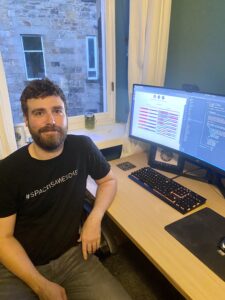 Samuel, how has your career journey gone so far?

I studied in France in an aerospace engineering school and graduated in 2020. I always wanted to work in the space industry and abroad, AAC Clyde Space brilliantly met these two points and I’m excited to launch my career here. I’ve first joined AAC Clyde Space in 2019 for an internship at my university and I returned in 2020 after graduating and it confirmed my will to work in this field. Being a Spacecraft operation engineer for AAC Clyde Space day to day is an awesome experience. I love interacting with the spacecrafts while analysing the results of the latest test. Every test comes as a new challenge and thanks to this no workdays are twice the same.

How have you found your time at AAC Clyde Space?

The job itself is great but it wouldn’t be as good without the team! Everybody at AAC Clyde Space is willing to help and support me whenever I need it. During these hard times it’s a real pleasure to know that your co-workers are as motivated as you to keep flying our CubeSats!

Its great to hear you are enjoying your time at company, tell us your favourite part of the job?

Best part of the job is to deal daily with machines flying at more than 7.2 km/s! That sounds awesome because it is! Making possible to achieve high engineering task is obviously a challenge for all of us but it’s an exciting one. Each mission is specific and it’s a pleasure to work on all of them. 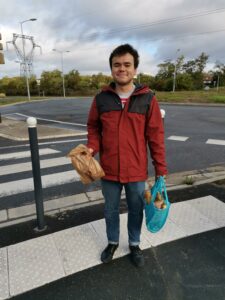 Edorado, what is your currently role at AAC Clyde Space?

Experienced Aerospace System Engineer, Airline Pilot, Instructor and Aero-Astro Consultant, I have joined the Operations team here AAC Clyde Space in October 2020 as a Spacecraft Operations Systems Engineer. At the moment, I am responsible for supporting the operational delivery of awesome projects the likes of Eutelsat’s ELO Internet of Things, and Orbcomm AIS fleets. We are a small team now, but certainly poised for growth.

What was your experience prior to joining the company?

Before joining AAC Clyde Space, I was based in Singapore flying for Singapore Airlines on the Long-Haul, Boeing 777 fleet, until the COVID-19 emergency literally “hit the fan”. I have a varied and international background, based on System Engineering and Aero-&-Astro Operational excellence. During the 10 years in the field, I have been privileged to be working on some of the most technologically advanced projects in the Aerospace domain. Worth of mention the Rolls-Royce Trent XWB, and the SAS-Net constellation of 200 CubeSat for real-time connectivity  services.

Tell us a bit about your educational background? 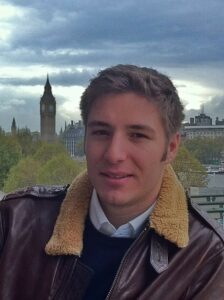 As you can probably tell, there is no boring job here at AAC Clyde Space and our world-class team of staff are what makes us so special. Keep an eye out for more ‘Meet the Team’ articles as introduce the rest of our staff and give you some insight into careers in space and what it is really like working at a New Space company. 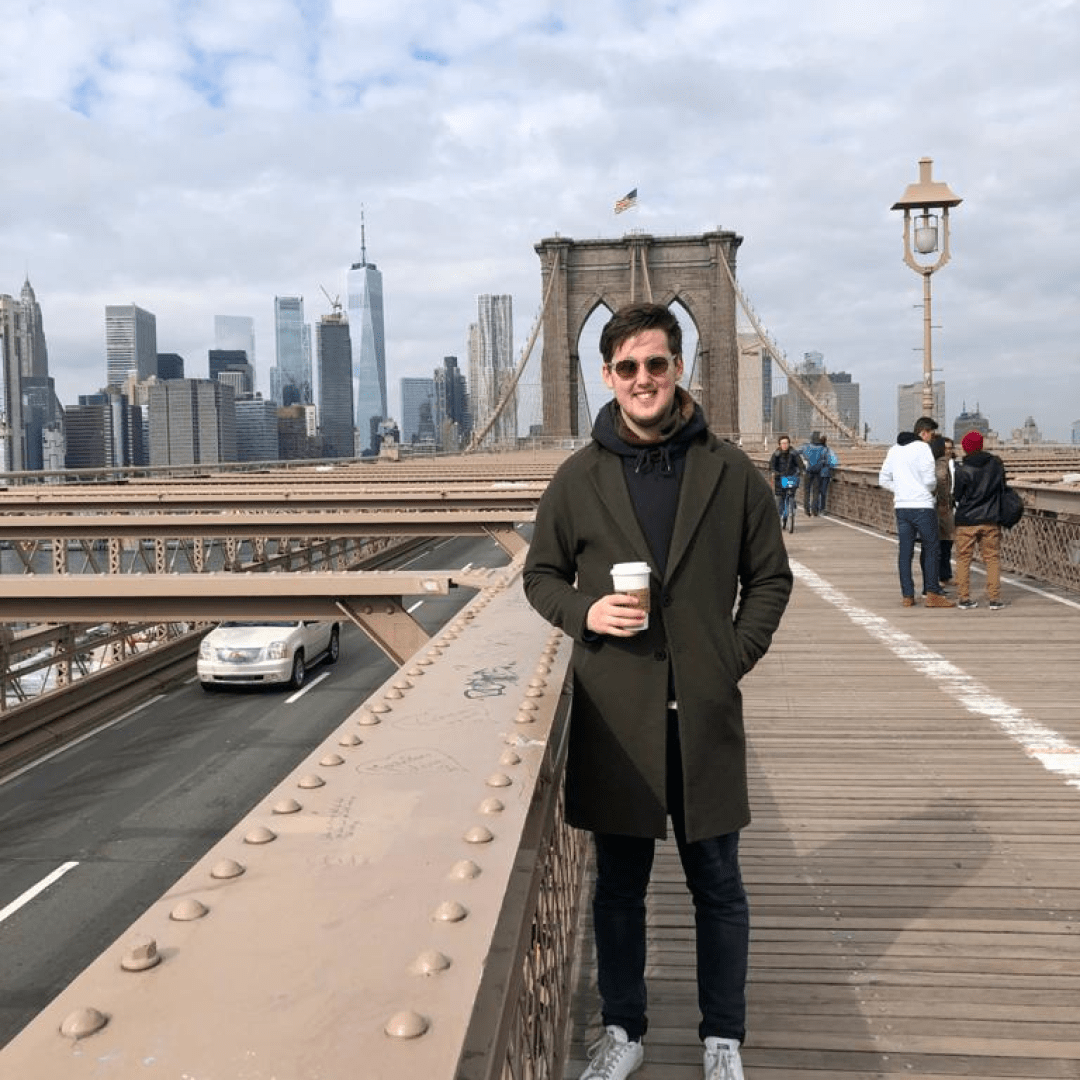 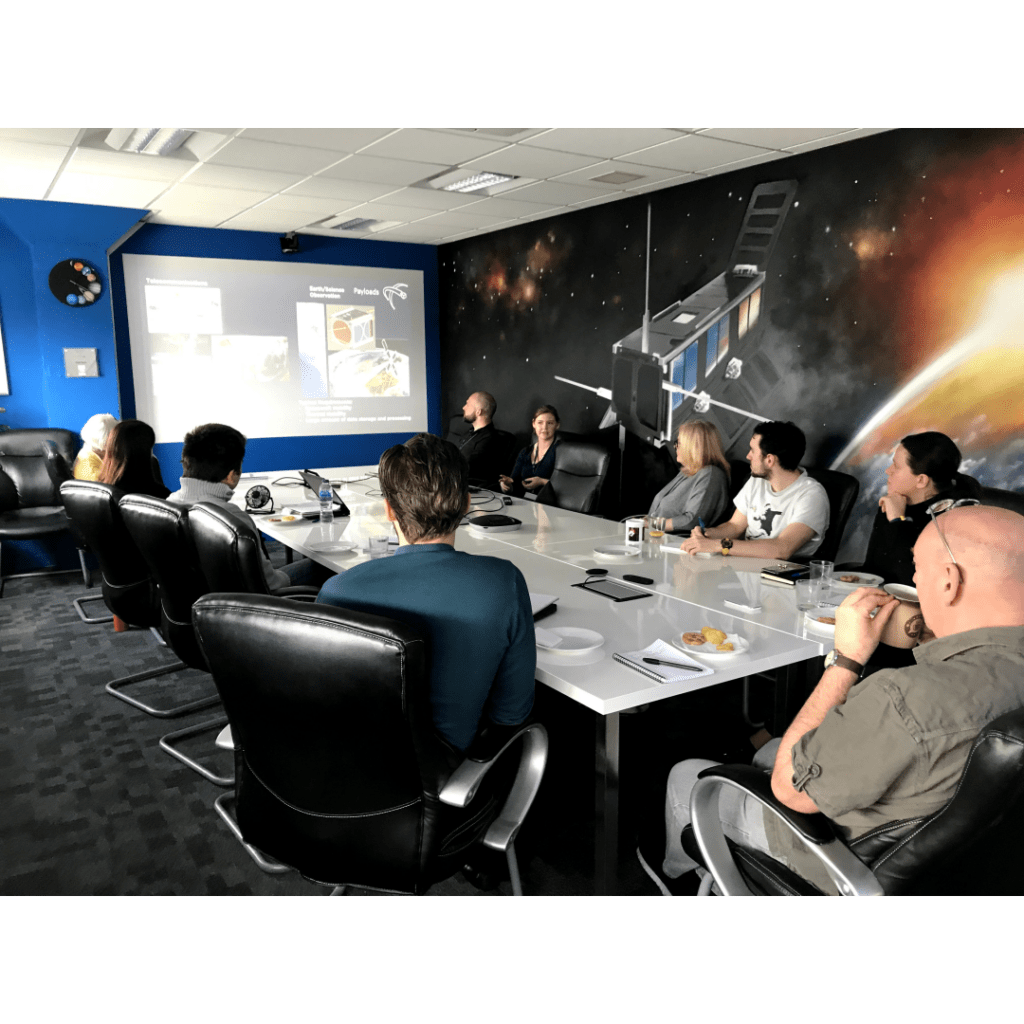 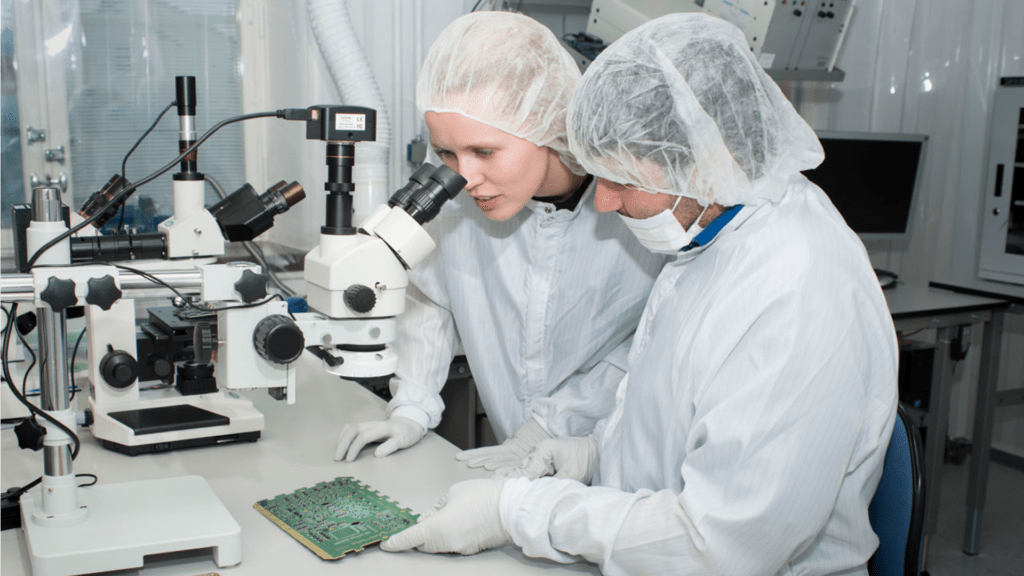