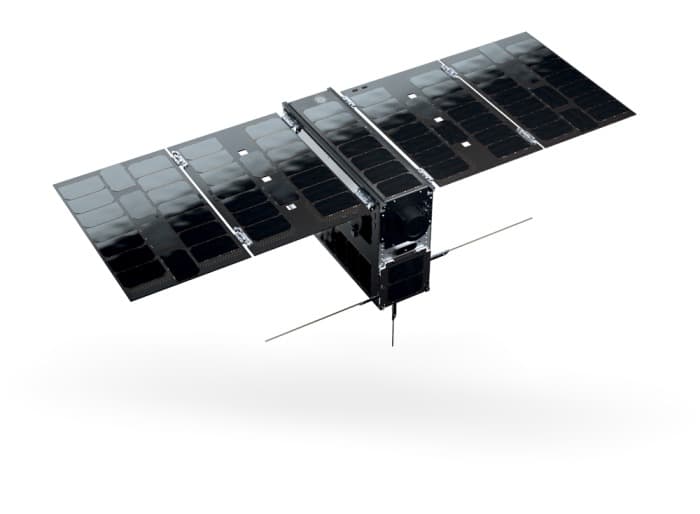 AAC Clyde Space has won an 8 MSEK (£642 000) order for a 6U satellite from Orbital Micro Systems (OMS), to be launched as part of the UK Space Launch Programme. The satellite will be included in the company’s commercial GEMS program that will deliver accurate and timely weather information to businesses worldwide to improve operational efficiencies and to minimize damage caused by extreme weather. The satellite is scheduled for delivery in April 2021.

The order follows the in-orbit success of IOD-1 GEMS, a 3U satellite, produced by AAC Clyde Space carrying a payload from OMS, in a demonstration mission financed by the UK Satellite Applications Catapult. OMS decision to go ahead with a 6U satellite on which it will place a dedicated payload, transitions the Global Environmental Monitoring Satellite (GEMS) program to a commercial project, and marks an important step towards the realization of OMS plan to deploy a full constellation of small satellites as part of its GEMS program.

The program aims to be first to provide temperature, humidity and precipitation readings at different levels throughout the atmosphere, at near real time for any global position, to customers in insurance, aerospace, maritime, energy and agriculture markets. By capturing 3D passive microwave observations at every point on Earth every 15 minutes, the GEMS program aims to revolutionize how Earth is understood. Through the data, businesses that rely on accurate and timely weather information would be able to substantially improve operational efficiencies and better foresee and understand extreme weather conditions.

“Through GEMS, AAC Clyde Space further extends its involvement in space missions aimed at enhancing the understanding of our environment. Missions of this kind help us all on the quest for safer and more sustainable life on Earth. We are also delighted to note that this is the second programme in a short time that has advanced from demonstration to commercialization, thereby leveraging the advantages that small satellites offer commercial applications,” said AAC Clyde Space CEO Luis Gomes.

AAC Clyde Space will build and deliver a 6U Epic satellite platform as well as associated services such as launch and commissioning support. OMS will design and deliver the payload that will register the data. OMS offers the International Centre for Earth Data (ICED), a cloud-based data marketplace that produces and disseminates near real time, Analysis-Ready Data (ARD) from multiple commercial and government Earth data sources.

The first 3U satellite, the IOD-1 GEMS was part of the UK Satellite Applications Catapult, which was set up by the British government to foster New Space enterprises.