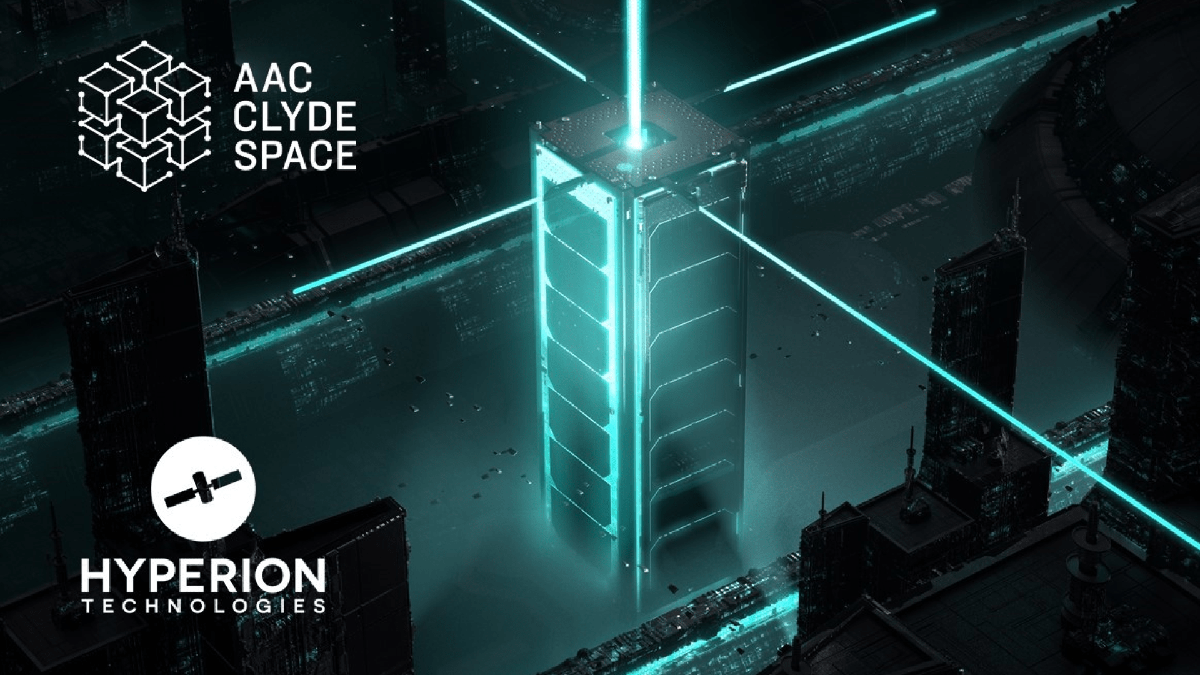 AAC Clyde Space (“AAC”) has reached an agreement to acquire 100 % of the shares in Hyperion Technologies BV, in a shares and cash deal. The current owners of Hyperion Technologies will receive 7,755,000 new shares in AAC, equivalent to approximately 21.7 MSEK calculated at 2.80 SEK per share and 0.1 MEUR (approx. 1.1 MSEK) in cash, subject to approval by the AAC EGM.

Commenting on the announcement AAC CEO Luis Gomes stated “It is great to see the Hyperion team join the AAC Clyde Space family bringing together two great Newspace companies. With this acquisition we will further extend our product offering and will access some key technologies, adding substantial capability to our missions. I look forward to work with our new colleagues in Delft as we continue to change the economics of accessing services from space“.

Hyperion Technologies is based in Delft, the Netherlands, and the company specializes in high performance, components for small spacecraft, being particularly renowned for its attitude and orbit control technologies, among others. The company was founded in 2013 and has built a global market presence, supplying a range of customers to some of the world’s largest space companies and different institutions like universities. The company is part of a Dutch consortium to develop technology for optical satellite communications, a key technology for future satellites.

For the first six months of 2020, Hyperion generated revenue of 0.7 MEUR and EBITDA margin was 28 %.

AAC aim is to change the economics of space-based services, through the design, manufacture, and deployment of ever increasingly capable constellations of small satellites. Part of this strategy is achieved organically through internal developments, but the company also seeks to acquire other companies that bring a net value to the business, either technological or commercial. Hyperion Technologies meets both tests, with a strong business and market position in the subsystem sector, a complementary product line, and key enabling technologies for AAC’s future plans.

The acquisition will allow AAC to extend its product line, bringing in-house equipment widely used in our satellites, add new technologies in propulsion and optical communications to its background IP, and add a development team to its in-house R&D capability. Additionally, the increased production volume, shared management and support services is expected to create savings that will translate into an increased competitiveness. Furthermore, bringing together the two company’s business development and distribution channels will increase AAC global distribution network, improving its ability to sell globally.

AAC will extend its European reach with one new location in the Netherlands, growing its workforce to 112 staff at three different locations (Uppsala, Glasgow and Delft). The combined group had a (pro-forma) revenue of approximately 50 MSEK in Q1-Q2 2020.

Hyperion Technologies will become a fully owned subsidiary of AAC Clyde Space AB (publ), operating from its current facilities in Delft, close to one of Europe’s top aerospace universities, and a source of high calibre engineers and scientists for the company. This represents a strengthening of the group’s presence within the European Union.

AAC will now offer a complete suite of products and components for cubesats, increasing the vertical integration of its satellite platforms, allowing for independent, increased performance and capability. With the new capabilities, AAC will be able to offer new solutions for turnkey space missions and for the Space as a Service business, including the deployment of optical communications systems. This acquisition supports the company’s aim to grow its share of the market that is currently estimated to be worth $2billion a year, growing to $3-4 billion by 2022.

Hyperion Technologies specializes in high performance, miniaturized components for small spacecraft. Its expertise is centered on high performance, high-reliability electronics and mechatronic systems that it leverages to deliver high performance ADCS (Altitude Determination and Control Systems) including a state of the art star tracker and related systems, laser communication opening up extremely high speed communication capabilities between satellite and ground station as well as between satellites in orbit, spin-out products such as miniaturized payloads as well as payload processing platforms.

Hyperion Technologies was founded in 2013, has 15 employees and is based in Delft, the Netherlands. The company is headed by two of its three founders, CEO Bert Monna and CTO Steven Engelen.